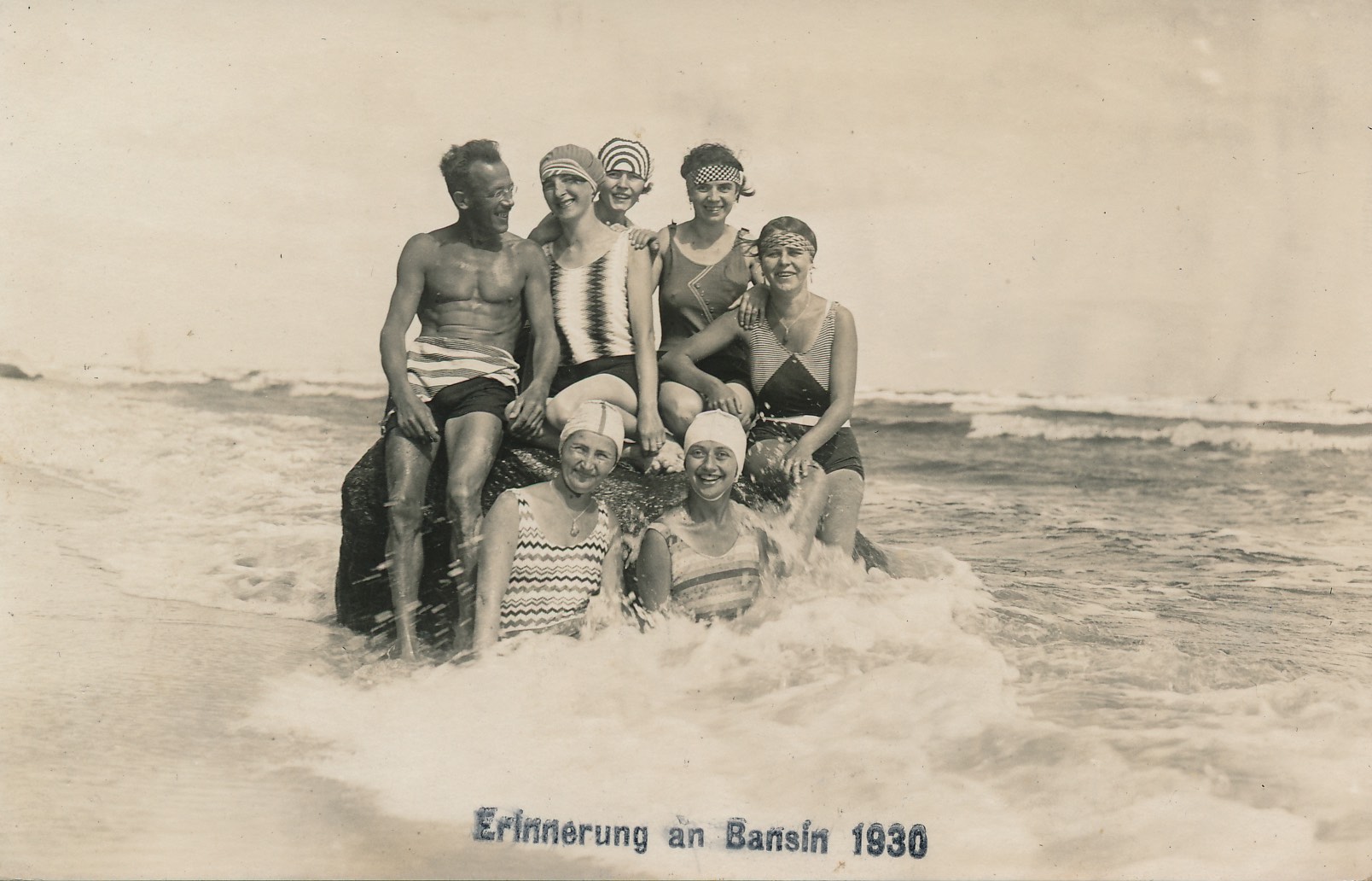 Have you ever heard of the Victorian bathing dress? This is not surprising, since we have come a long way in terms of fashion and emancipation since the beginning of the 20th century. On all fronts, whether for men or women, swimwear has evolved and changed: wool became viscose then cotton and elastane; Hems got higher and higher and higher; from one piece two parts then became one again or none; straps became straps and then cords; shorts became panties then briefs then thongs; and chemises became bustiers and then bandeaus.

While at the turn of the century people were quite buttoned up both on land and in the water, over time swimwear has become more of nothing and less is more. The opaque belt costume gave way to the revealing bikini.

But the development of beach styles only became possible with the emergence of seaside resorts, which have always served as promenades and status indicators. Once you demonstrated your exclusivity and celebrity, you could treat yourself to a trip to a seaside resort; meanwhile you show off your body and your assets, it's all about looking perfect on holiday.

Although Juist's island pastor Gerhard Otto Christoph Janus (1741-1805) is considered the father of the idea of ​​developing a seaside resort, it was Heiligendamm (1793) and Norderney (1797) that were the first German seaside resorts to open their doors to their guests. Heringsdorf followed in 1825 as a bathing resort, although the title of seaside resort was only awarded by imperial decree in 1879. 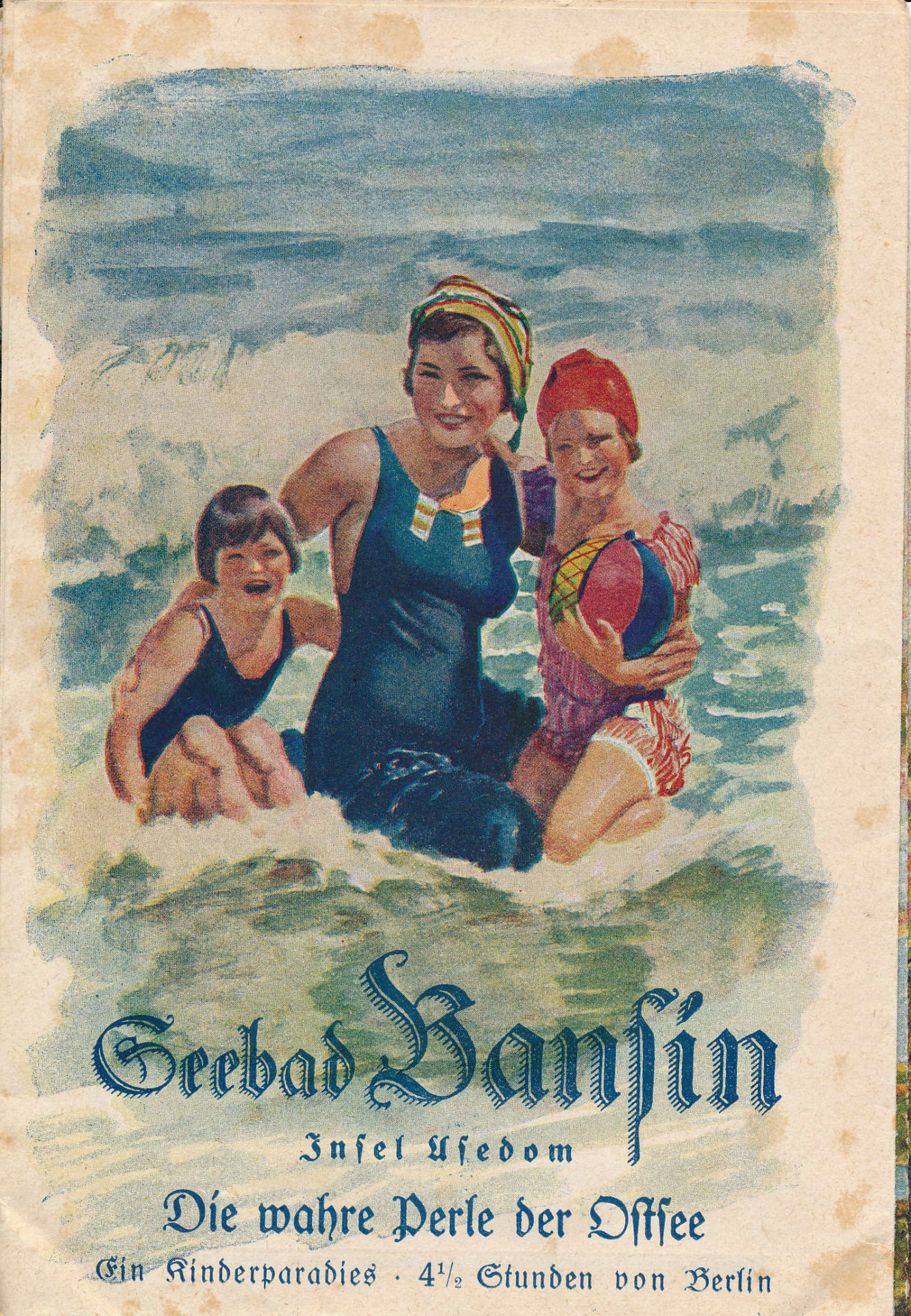 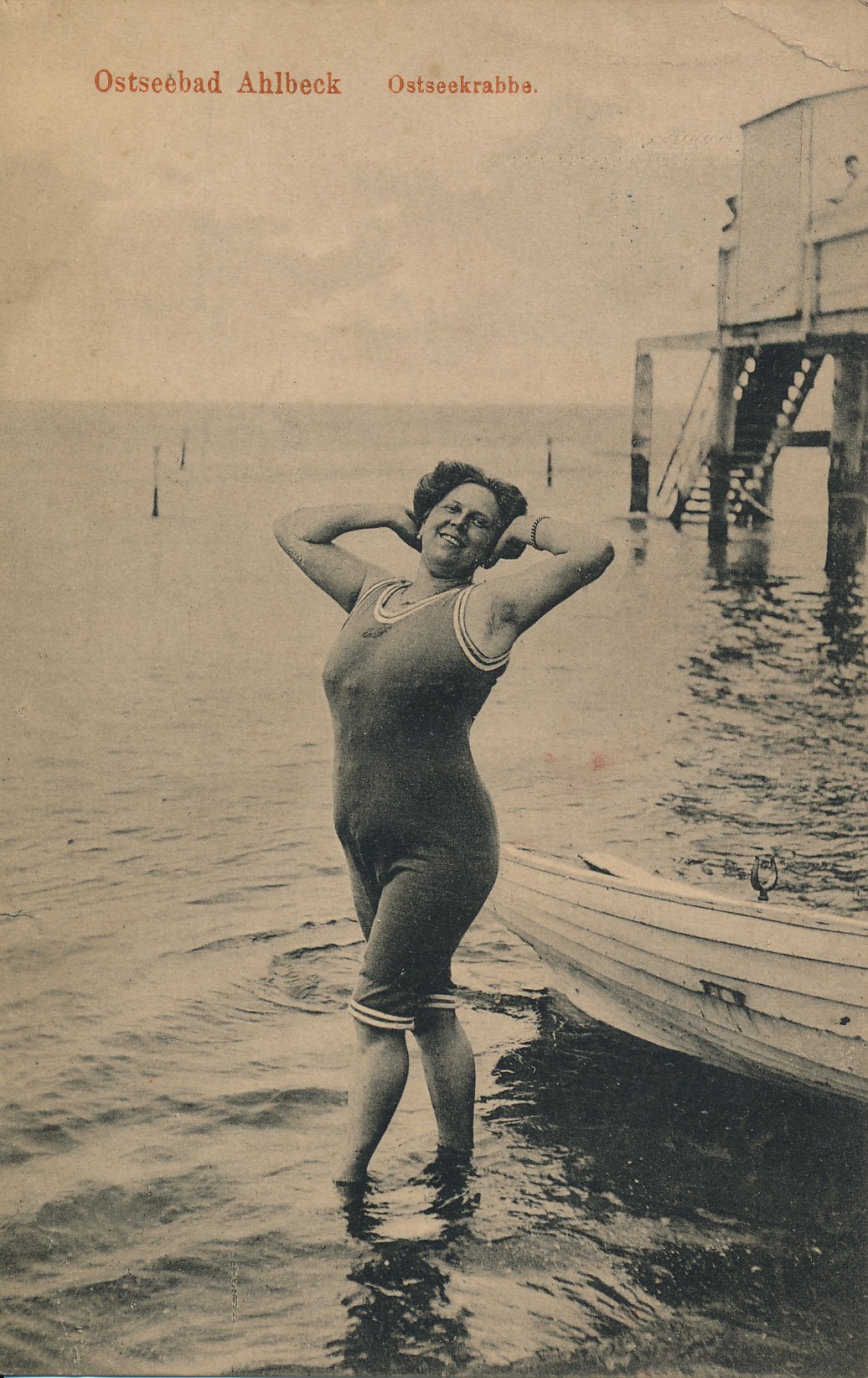 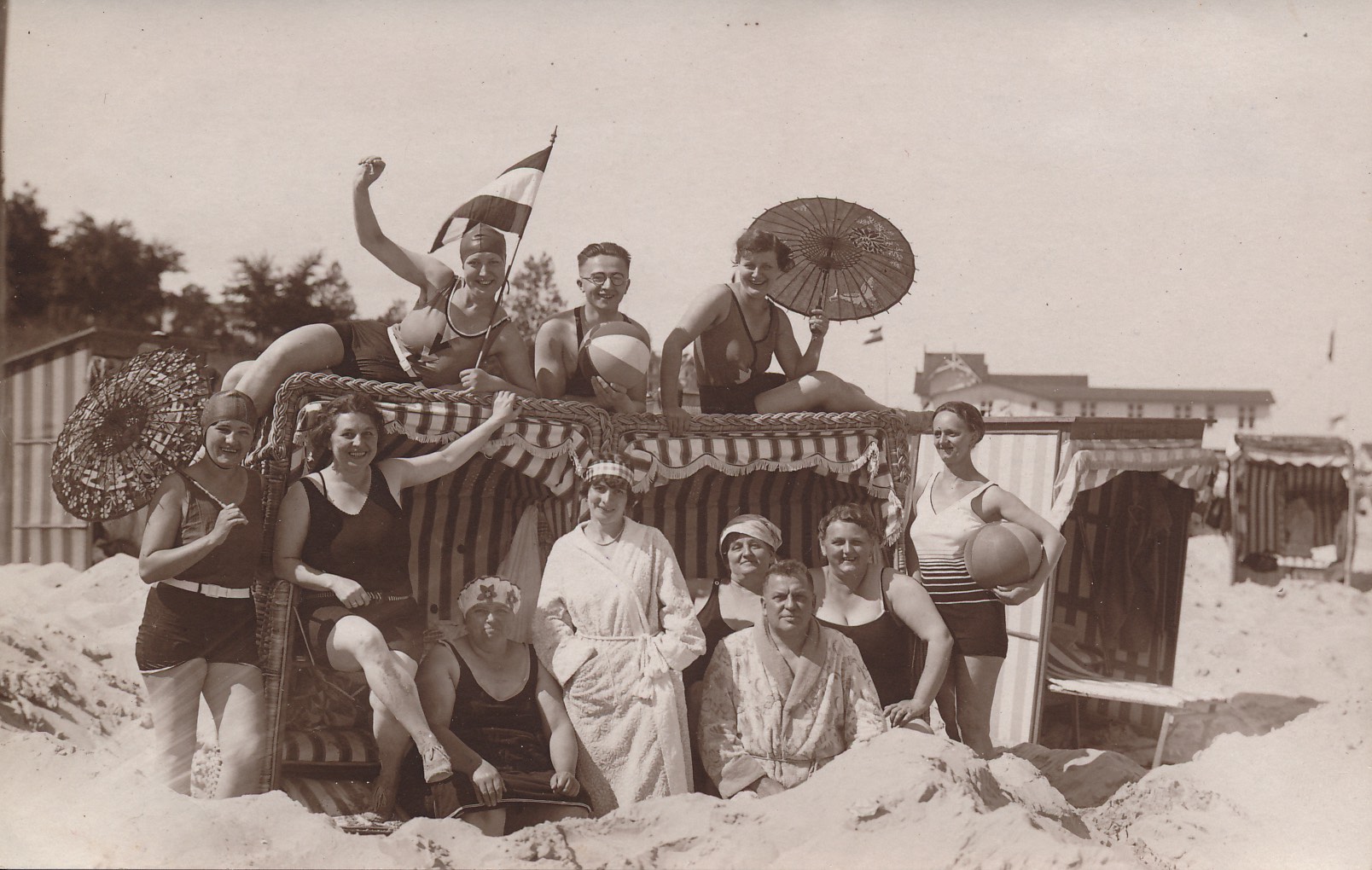 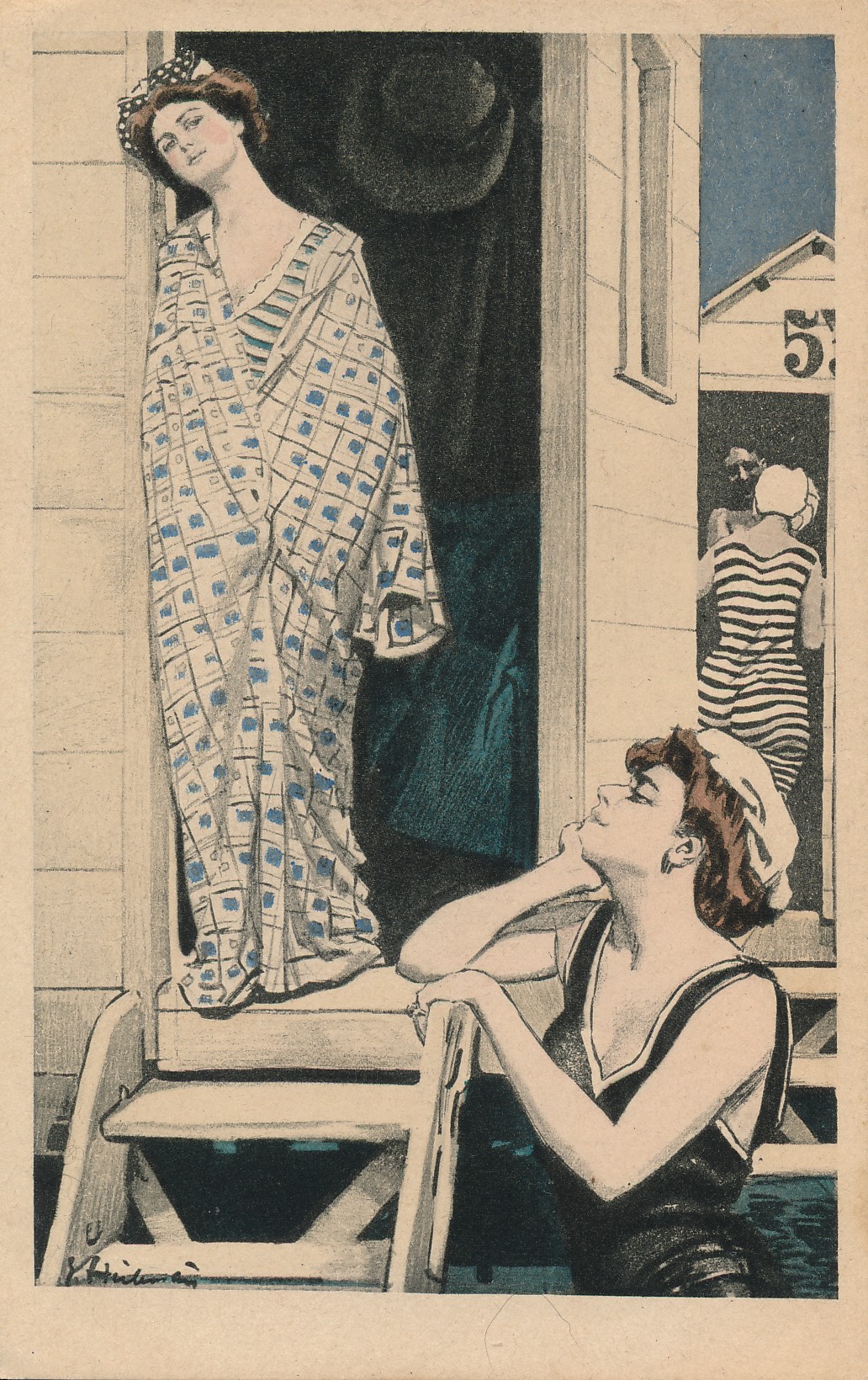 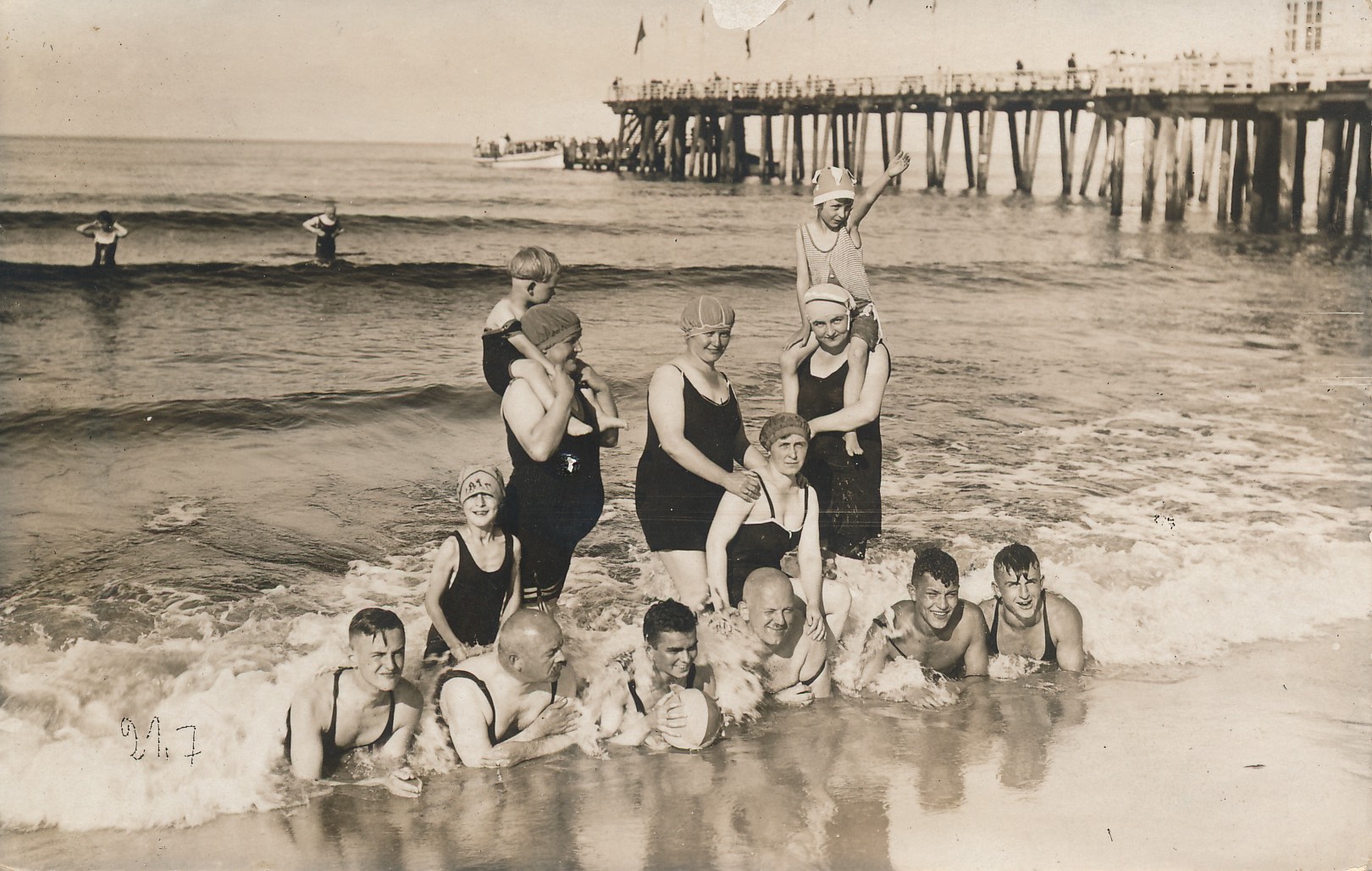 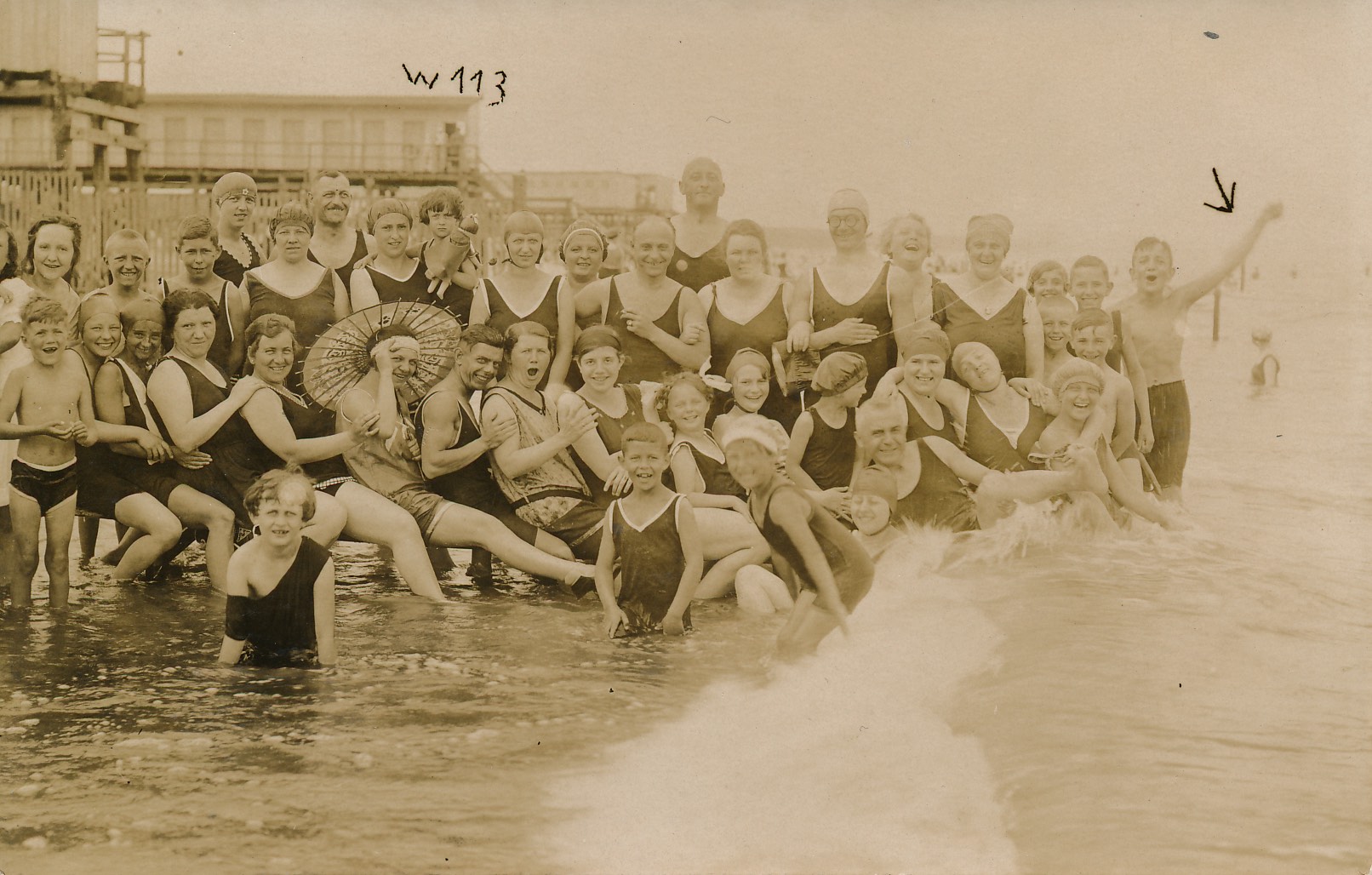 The administration and authorities hoped primarily - with the status of the seaside resort - to attract nobility and celebrities, spreading the healing effects of air, water and forest was a desired and pleasant side effect. Be that as it may, with the title came obligations for the localities – lodging houses, concert gardens, warm baths, hotel complexes, railway lines, spa villas, piers, beach casinos, brine fountains, music pavilions and beach chair factories were built. And it worked: the aristocracy of the imperial era made its entrance.

But the question of all questions: how did you get into the floods during this time?

If you felt unobserved, the bravest of the brave probably also liked to climb into the oh so tempting sea in their underwear, but certainly into the lakes and rivers. But you made yourself comfortable on the beach, you used bathing boats and bathing carts, which protect against prying eyes and onlookers. Covered in hats and bonnets, people made themselves comfortable in the sand or in the basket.

While the photographs of this time are black and white, things were actually more colorful on the beach: red, blue and white, monochromatic, floral or striped – that was the swimwear of the 1910s. In the roaring twenties people showed more and more skin. Since morale was seen to be in danger, the so-called "Zwickelerlass" (Zwickel Decree) was passed in 1932, which stipulated which clothing was obligatory to wear in the bathing culture. It not only bans skinny dipping, but also stipulates that men and women should wear full-coverage swimsuits. The populace themselves took it with humor and amusement: it was taken as a symbol of inappropriate interference by the state in personality and as an allegory of petty politics at a higher level.

In 1942, although this was hardly taken at face value, the "Zwickelerlass" was repealed and replaced by the "Regulation of the Bathing Industry", which now also allowed nude bathing in designated areas. This can probably be described as the birth of naturism.

Many thanks to Jürgen Kraft, dem swimwear collector, for its historical activity and wealth of information.