Ahead! Ahead! Historical insights into traveling to and on Usedom
© Hans-Jürgen Merkle 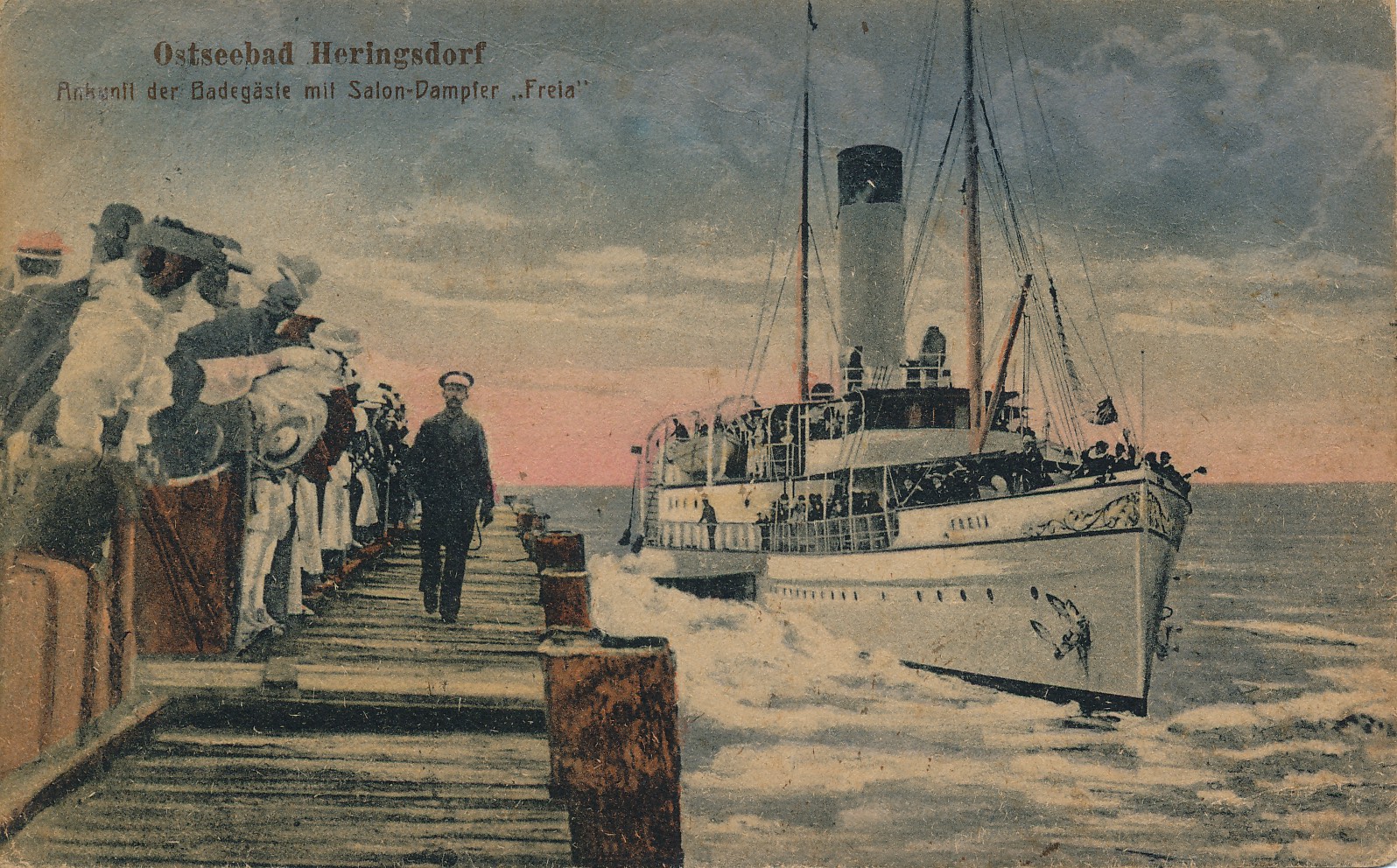 In our modern times, cars and mobile homes, buses and trains as well as airplanes have become indispensable. They all ferry guests on, over and off the island every day. But let's go back in time - to the beginnings of the spa industry, to the years when tourism was still in its infancy.

Horse-drawn carriages and carriages once characterized the streetscape. People traveled short and medium distances on horseback, while sailing ships also transported them to distant ports. Traveling was arduous, dangerous and tedious. As an alternative to the horse, the bicycle, formerly known as the draisine and running machine, became commonplace in the middle of the 19th century.

At the time of the German Revolution, as a result of which a German Empire was proclaimed with King Wilhelm I (1797 - 1888) of Prussia as German Emperor, the first church was built on the Steinersberg in Heringsdorf, not least because of the increasing number of summer visitors built in one of the Usedom seaside resorts. As early as 1825, when Heringsdorf was made a bathing resort, Georg von Bülow had the first lodging house built White Castle, built on the Kulm. While Ahlbeck only followed as a bathing resort in 1852, Heringsdorf already had more than 1853 guests in 400, although there were only 135 residents. But the journey to the island still lacked any comfort that only came up with modern means of transport.

Today it is hard to imagine that at that time the journey from Berlin to Heringsdorf by horse-drawn carriage took several days. After all, the railway line from Berlin to Wolgast was only put into operation in the autumn of 1863 and the railway line to Swinemünde only in the spring of 1876 - the line was only extended to Heringsdorf in 1894. Only with the expansion of the railway was it possible to travel from the capital to the island possible in a day, although the traffic on the island still seemed difficult.

With the advent of modern means of transport and the expansion of traffic routes, Usedom suddenly moved so close to Berlin that in the years that followed, around the turn of the century, the island became a Berlin bathtub walks 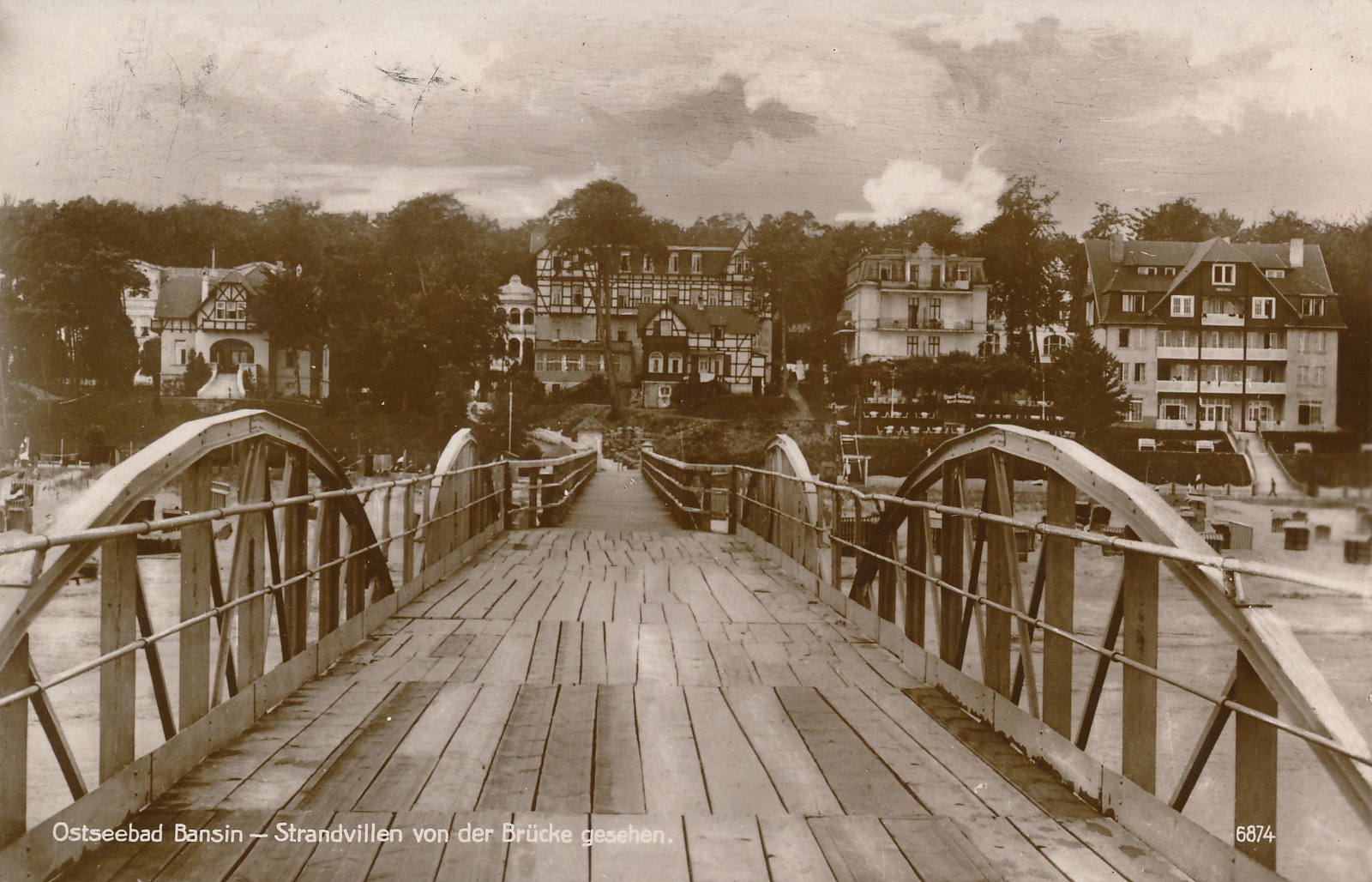 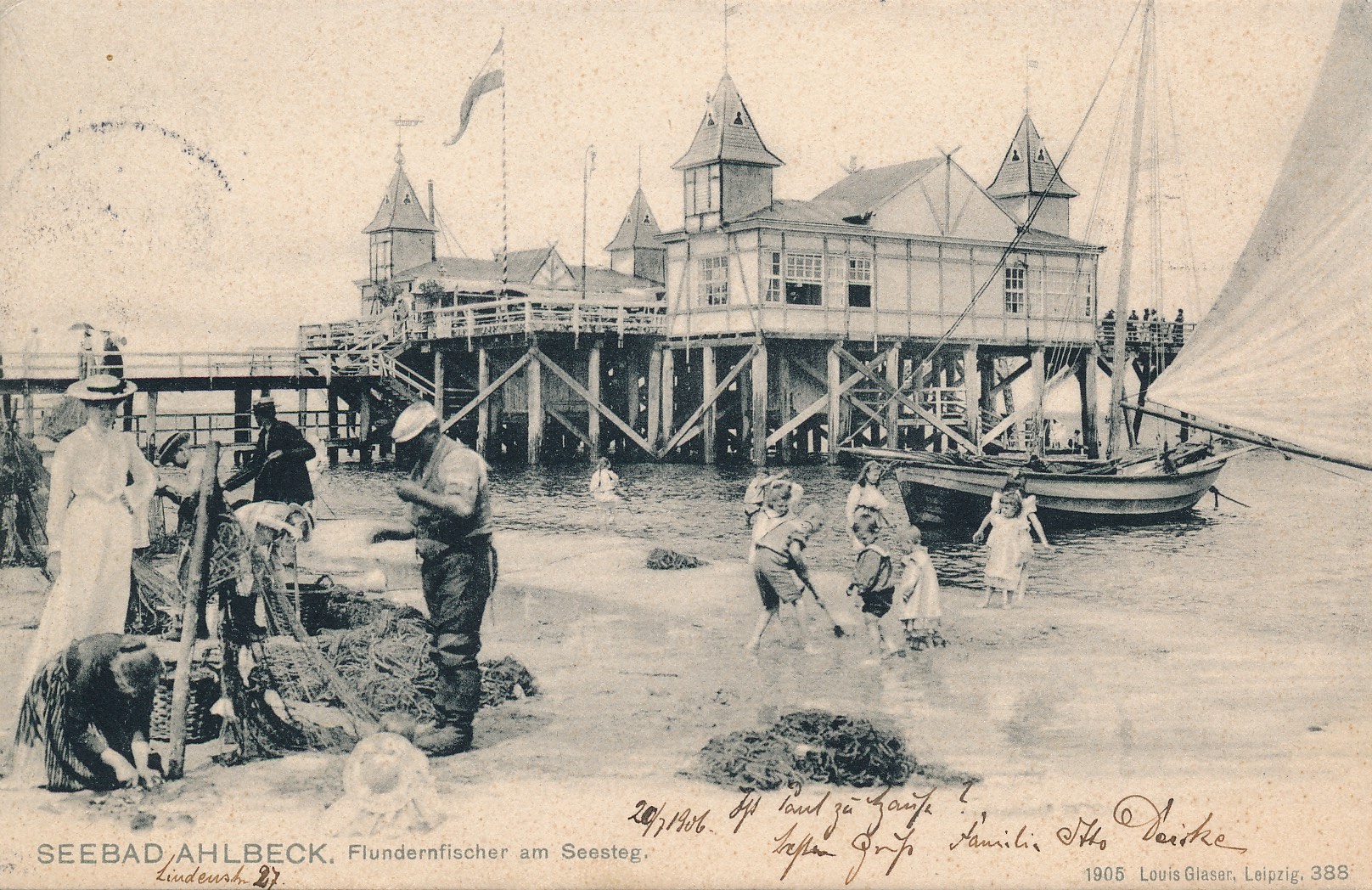 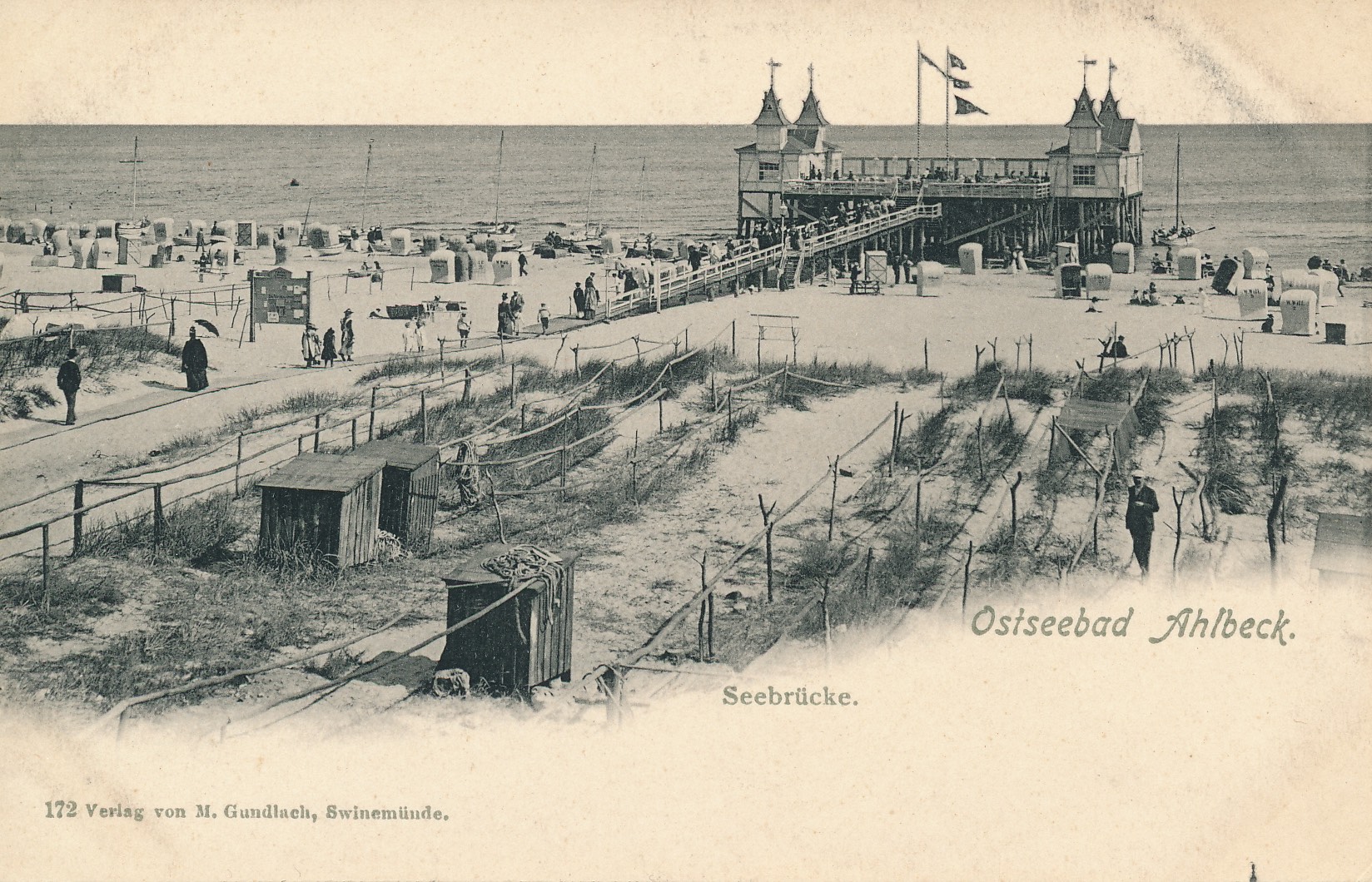 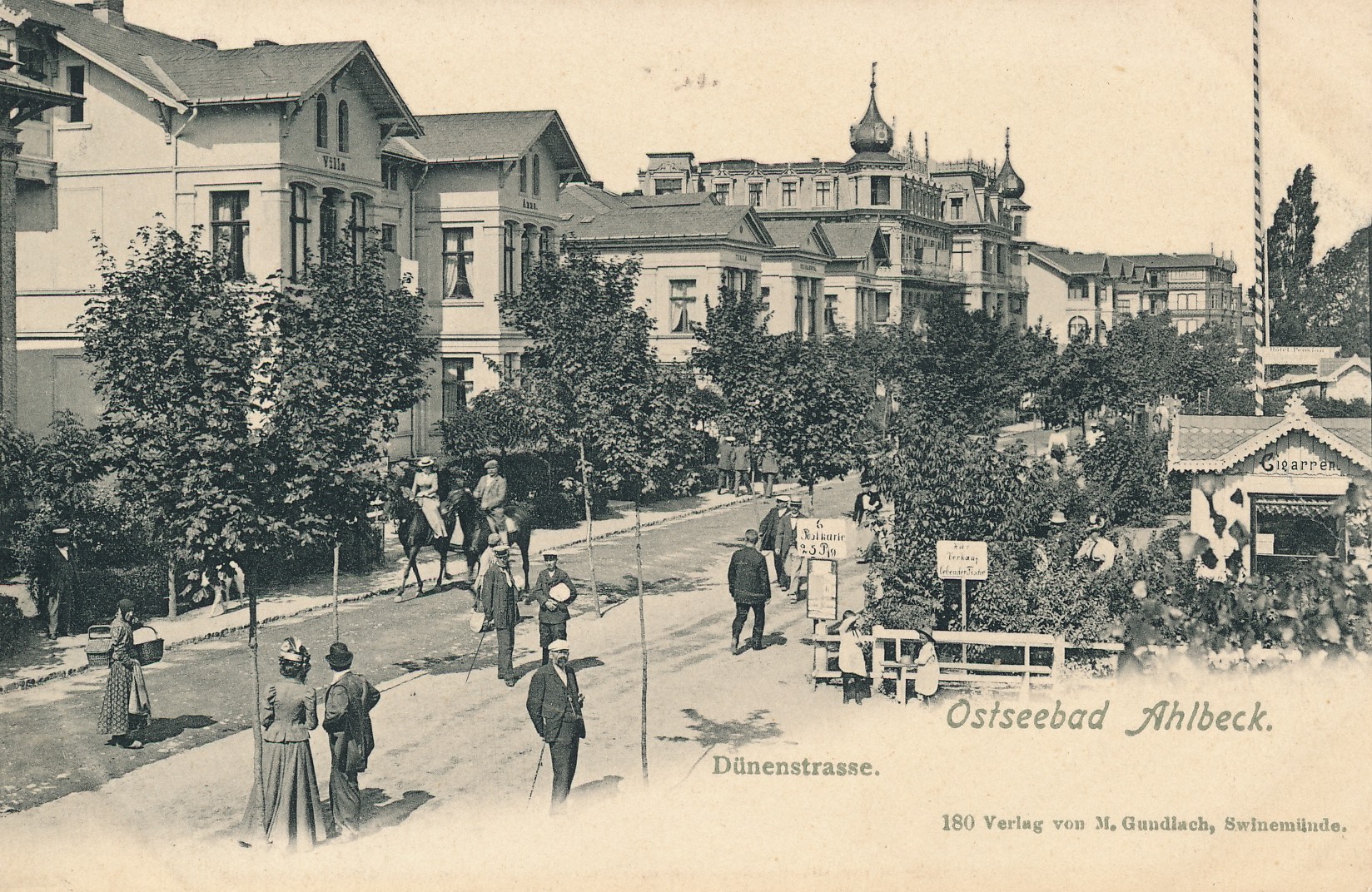 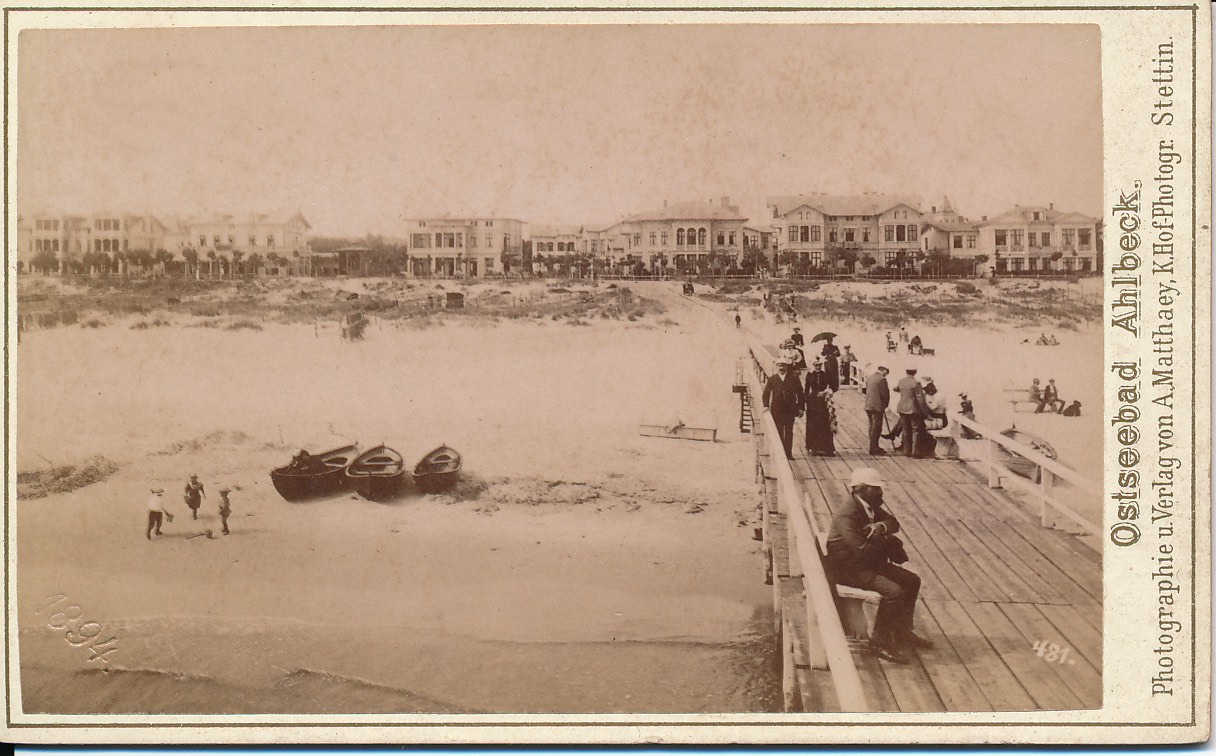 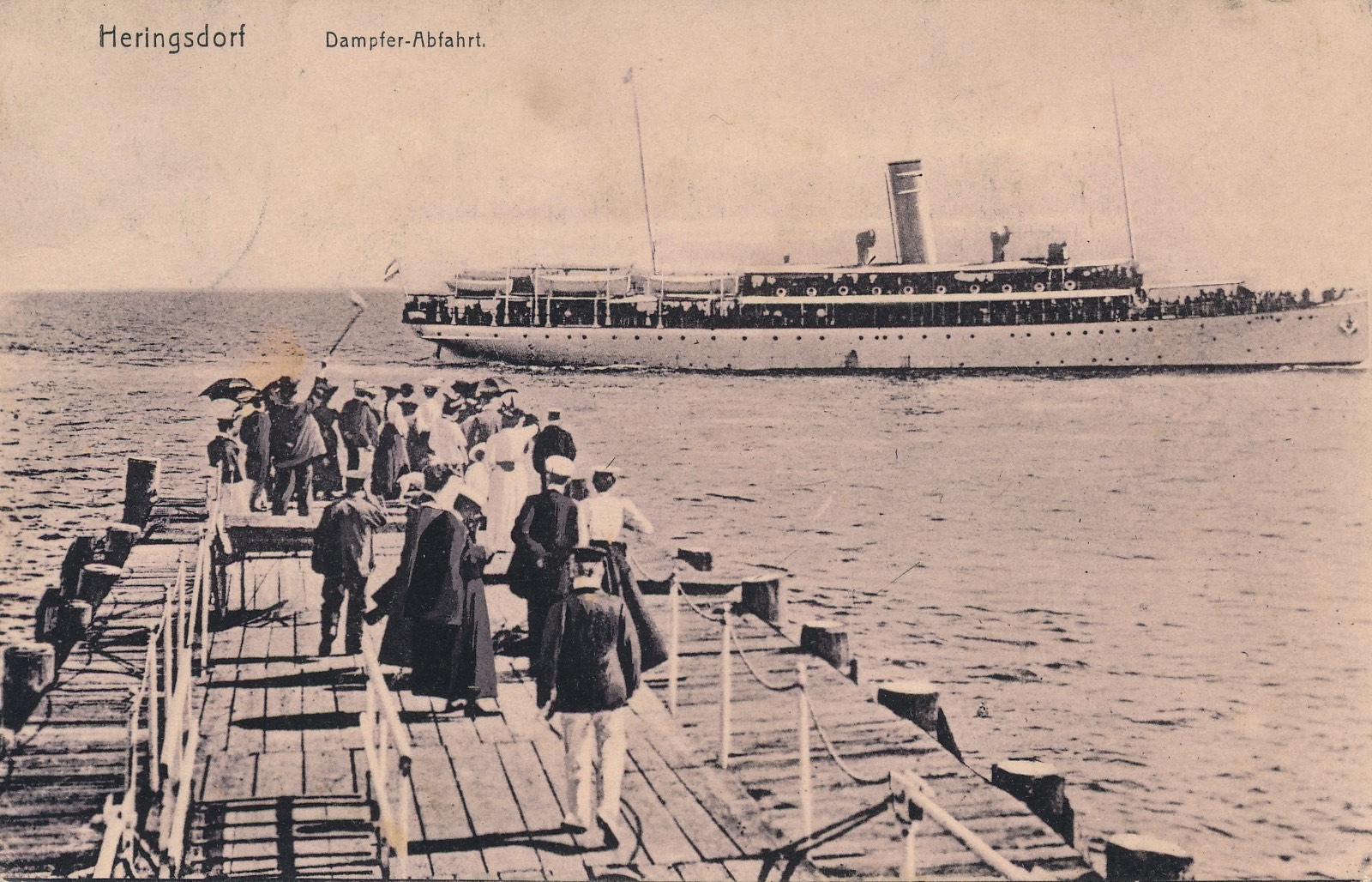 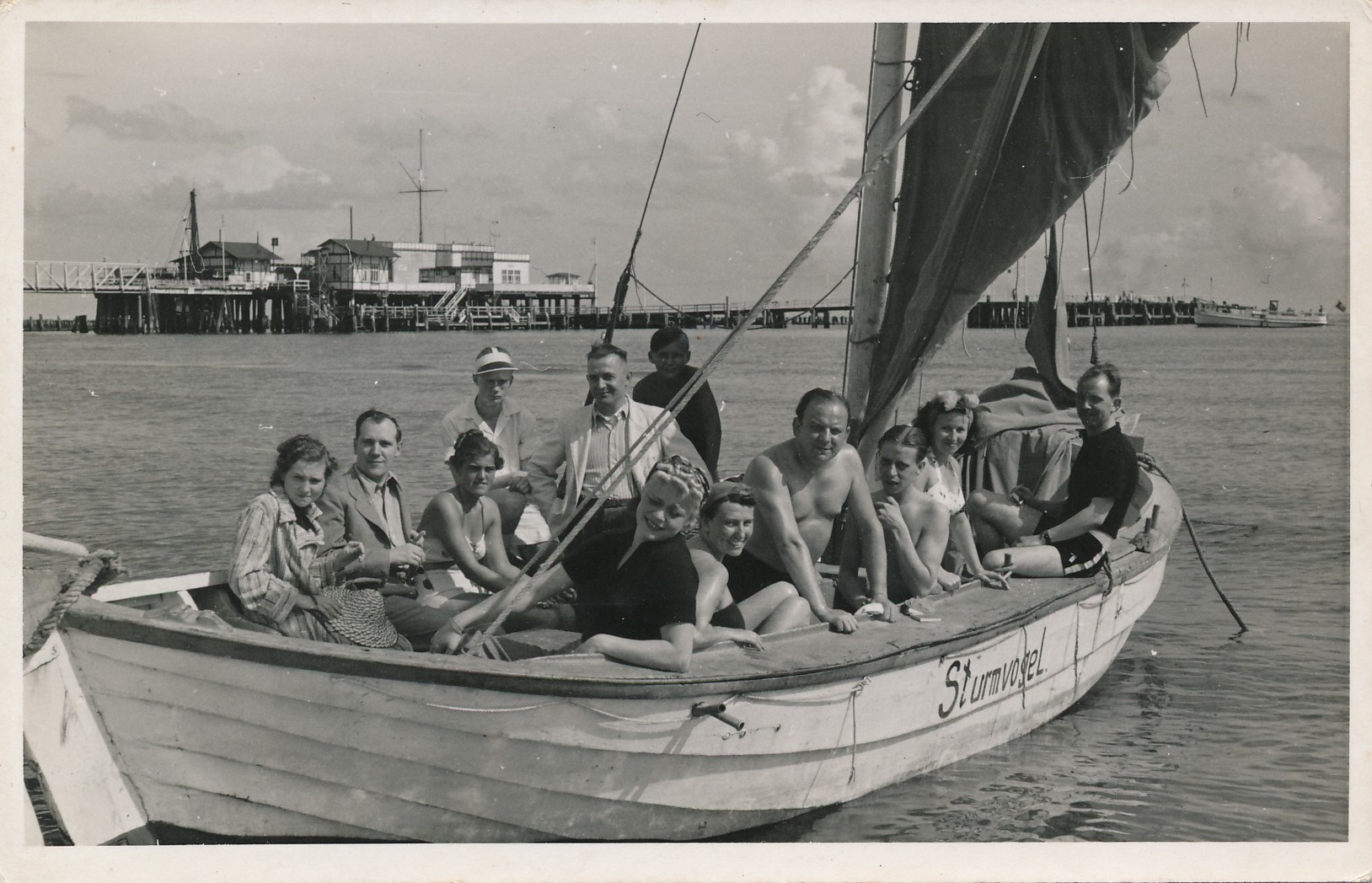 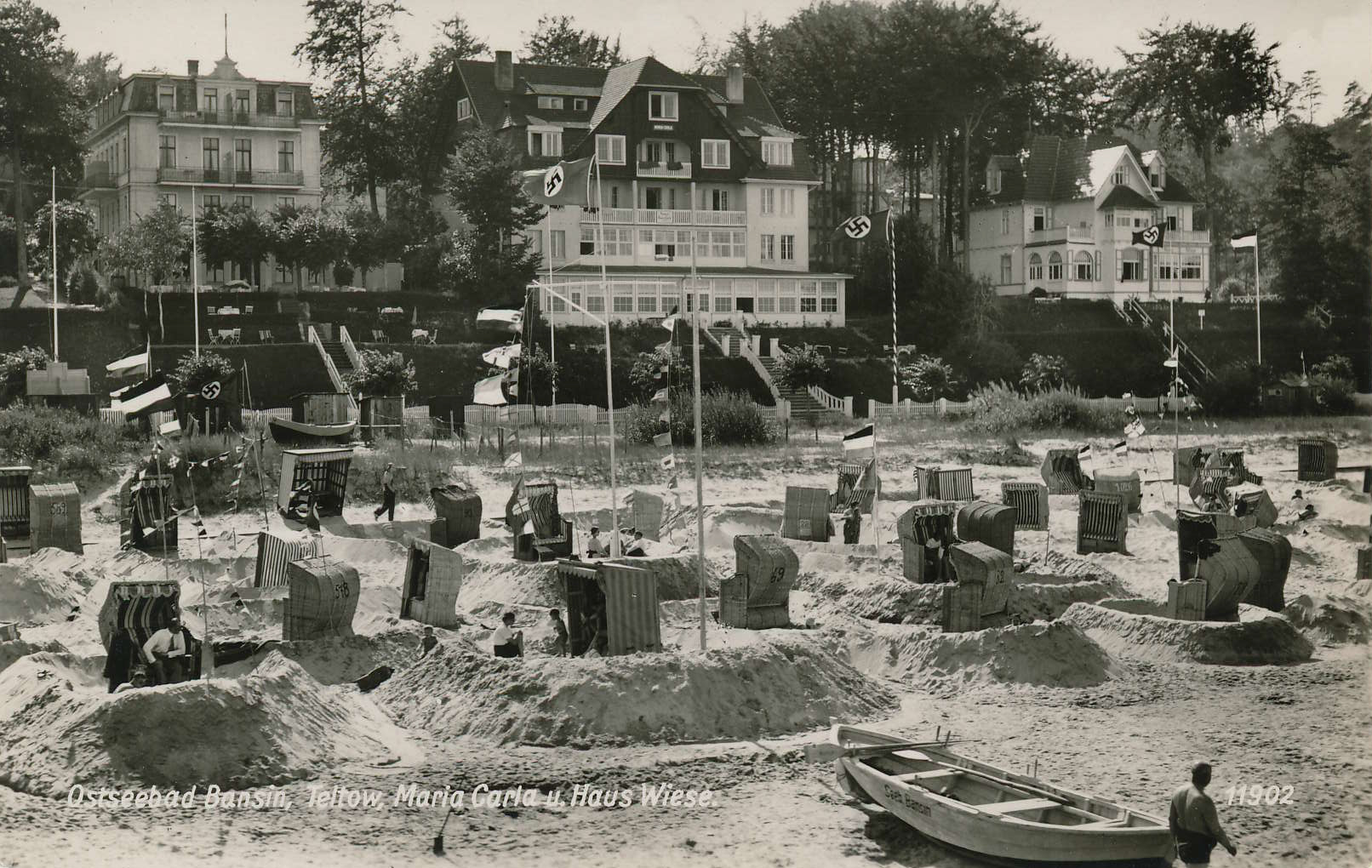 With the founding of the "Aktiengesellschaft Seebad Heringsdorf" by the brothers Hugo (1825 - 1900) and Adelbert Delbrück (1822 - 1890), the small community advanced to a noble seaside resort, which is nicknamed Nice of the Baltic Sea wore. It was they who brought the Kaiser Wilhelm Bridge to Heringsdorf, which was built in 1893 and in 1903 received a side jetty for steamships, the Odin Bridge. Before that, the excursion and liner ships had to anchor off the coast line, lower the dinghies and disembark the guests. From 1897 to 1907, the Pomeranian steamships were considered the fastest in the world, as they regularly won the honor of the "Blue Ribbon of the Atlantic" on the route from Europe to North America.

The liner and excursion boats made the journey to and via the island quick and comfortable. Werner Delbrück (1868 – 1910) described the trip from Berlin via Stettin to Heringsdorf as wonderful, interesting and attractive: first by train to Stettin, then by liner to Heringsdorf, which also docked in Swinemünde, Wollin, and Sassnitz, Rügen. The excursion boats operated from Świnoujście, stopping in Ahlbeck, Heringsdorf, Bansin and Zinnowitz before heading to Göhren, Sellin, Binz and Sassnitz.

The regular and excursion traffic to and from the island of Usedom ended with the outbreak of the First World War, in which the steamships were used as auxiliary ships for the Navy. After the end of the war, they temporarily returned to their original routes until they were deemed too small for the growing number of passengers. With the Second World War, not only the temporary end of steamship travel was reached, but also of tourism. Not just on the island. The effects of the Second World War severely restricted travel for the time being, tourism in the GDR was primarily handled by the state. With the FDGB vacation service, which also confiscated buildings on the Baltic Sea in Heringsdorf through the Rose campaign, the working population was subsidized for their annual vacation.

"Visa-free to Hawaii" demanded the crowds when the wall fell. With the fall of the Wall thirty years ago came the freedom to travel, which until then had been a foreign word for the citizens of the GDR. Even if the state recreation service advocated traveling to other Soviet countries, only a few were allowed to vacation outside the borders of the GDR. With the freedom to travel, the "Ossis" did not initially go to the German islands, but to the "old federal states" - not even a quarter of East Germans were drawn to the beach.

And from where and with which means of transport do you travel to our beautiful island?

But even if the island of Usedom suffered a drop in visitors, time did not stand still here. While the FDGB homes were closed and the houses were returned to their former owners, the oldest pier in Germany received a new jetty (1993), Heringsdorf even got the longest bridge in Germany (1995) and the Usedom Bäderbahn started operating (1996). But over time, the Germans, now East and West, returned to their beloved island. In 1991 there were just under 57.000 guest arrivals, ten years later there were already 244.000 guest arrivals - alone in the imperial spas of Ahlbeck Heringsdorf Bansin. Today, the island counts more than five million overnight stays a year (as of 2018), with almost 95 percent of the guests arriving from Germany, primarily from Brandenburg, Berlin, Saxony, Lower Saxony and Mecklenburg-Western Pomerania.