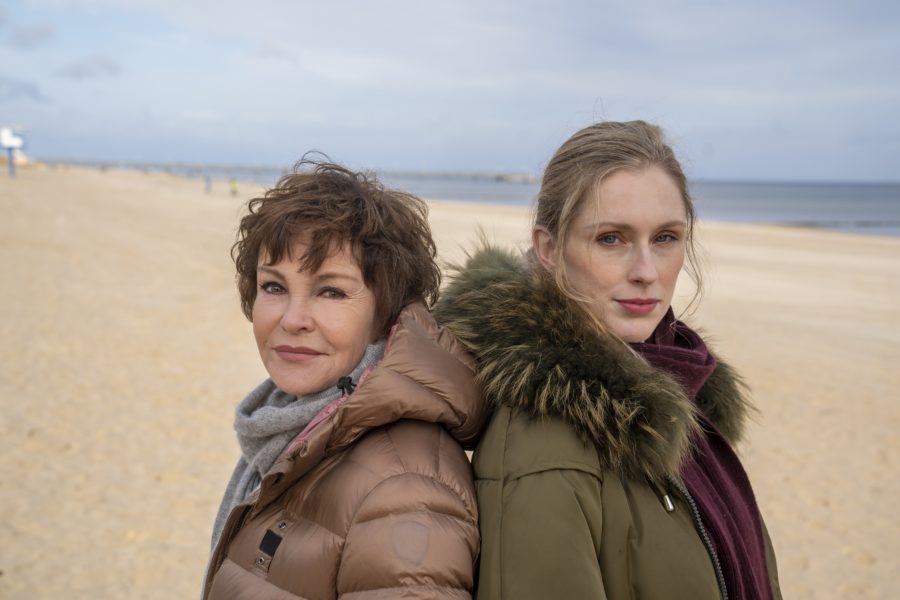 With your feet in the sand, a breeze on your skin and the "Usedom thriller" in view: On Thursday evening, August 20.08.2020th, XNUMX, it was "curtain up" and "stage clear" for the new part of the well-known series "Der Usedom -Krimi” with Katrin Sass aka Karin Lossow, Rikke Lylloff aka Ellen Norgaard and Max Hopp aka Dr. Dirk Brunner - Katrin Sass was not only seen on the screen, but also live and in color on the beach of the imperial baths.

The focus of the new episode "Pain Limit - The Usedom Crime" is prosecutor Dr. Dirk Brunner: Not only does his mother die in the Usedom senior citizens' residence, but also his lover, the head of the nursing service at that facility. It is only logical and understandable that Dr. Brunner comes under suspicion. In his predicament, he seeks help and support from Karin Lossow, herself a former public prosecutor and now an unauthorized investigator in criminal cases.

For this special cinema experience, actress Katrin Sass, producer Tim Gehrke and editor of NDR Donald Kraemer took the opportunity to watch the new episode exclusively with the fans on site. “You get the reactions directly. Like in the old days on stage” says Katrin Sass in an interview.

What do I have at the North Sea? Whenever I'm at the North Sea, the water is gone. The Baltic Sea is great and the island of Usedom is pretty great. It's become a bit like home.
Interview with Katrin Sass, August 2020

Katrin Sass also has a protagonist who will become part of the crime series in the future: Lucky. Her one-year-old dog has not only been barking at her side in real life for well over a year, but he will also become a companion in her role.

Katrin Sass, who appreciates the directness and honesty of her role, does not come to the island privately, but discovered a favorite place during the shooting of the "Usedom crime novels": "It's a favorite place there" and points to the sea . "The beach is something beautiful," she says. And even if she doesn't manage to jump into the cool water that day, she at least hopes for the next morning.